Ethan Edwards was over fifty and divorced with three children before he fully accepted that he was a pedophile. He uses the name as a pseudonym and only communicates through email to protect his identity. Edwards is attracted to children as young as four but has never acted, and is certain he will never act, on this attraction. Research in the last decade has revealed the innate and largely unchangeable nature of pedophilia, challenging the brunt stigma against the disposition.

Studies with MRI scans of self-identifying pedophiles have shown deficiencies in the white matter of the brain--an area that connects sexual attraction to other innate responses. “It’s as if there’s a literal cross-wiring, and when the person perceives a child, the brain, instead of triggering the nurturing instinct, is triggering the sexual instinct,” said Dr. James Cantor, the leading psychologist behind the research at the Centre for Addiction and Mental Health (CAMH) in Toronto. Cantor summarized his research in an online lecture.

Research from CAMH have shown that rather than being a fetish or lack of impulse control, pedophilia is similar to an “age-orientation” in that the condition is at least in part developed in the brain before birth, affecting less than 5% of the male population. Since the disposition stems from such early development, Cantor thinks the attraction towards children is fundamentally unchangeable.

“Just because we can’t change the person’s sexual interest, doesn’t mean we can’t help them change their behaviour,” said Cantor.

Edwards identifies as a non-offending pedophile. He’s never been attracted to his own daughters but has been “infatuated” with some of their friends. “One girl in particular, a friend of my oldest... I just loved watching her and listening to her talk,” he wrote in an email. “I was very aware of the social rules in my subculture, and any attempt to befriend her or meet her other than in the role as my daughter's father would have been frowned upon heavily, so I didn't.”

After recognizing his attraction, Edwards co-founded the online group Virtuous Pedophiles which aims to support pedophiles in leading healthy, abstinent lives. “We do not choose to be attracted to children, and we cannot make that attraction go away. But we can resist the temptation to abuse children sexually, and many of us present no danger to children whatsoever. Yet we are despised for having a sexual attraction that we did not choose, cannot change, and successfully resist,” reads the homepage.

According to Edwards, Virtual Pedophiles has over 2000 members with a slight majority being attracted to adults as well as children. Around 10% of their members are female—a higher proportion than they had expected. “You can imagine attraction to adults and to children as two separate ‘knobs’ in a person, and they can vary independently of each other,” wrote Edwards.

To Edwards, acting on his pedophilia is inconceivable but conceded that others have done so nonetheless. “There are pedophiles who molest children, just like there are ordinary men who rape adult women, and in both cases caution and strategies are in order going forward.”

Edwards wrote that the strong stigma prevents pedophiles from seeking assistance and identified mandatory reporting laws for therapists as an issue. In Canada, a therapist is required to report to authorities if they suspect an identifiable victim is immediately at risk. “There may be some people who may be inclined to err on the side of caution, but one of the cornerstones of effective psychological treatment and intervention rests on confidentiality,” said Anton Schweighofer, a clinical psychologist who has treated sex offenders. Patient confidentiality and duty to report may run at odds with each other, and Schweighofer said that therapists without experience in this area might act inappropriately.

“We pedophiles hear horror stories and the word has spread that you can't trust a therapist, so even if you feel you are in danger of abusing a kid, you've got to handle it on your own,” wrote Edwards. “Therapists also need to be trained so they keep the same attitude of ‘being on the client's side’ when pedophilia is revealed as they do to their clients with every other life problem.”

Schweighofer and Edwards agreed that the sex offence registry should not be public like it is in the United States. “People tend to engage in vigilante acts which only makes it more difficult for individuals who are trying to re-establish,” said Schweighofer. “When people are socially ostracized that tends to contribute to the very fact that they’re more likely to offend.”

Brendan Brady, director of the vigilante organization Creep Hunters, has the opposite opinion. “I believe the predators that do this give up some of their rights to privacy,” said Brady. Brady isn’t after a witch hunt, but said that community members, especially concerned parents, should be aware of offenders.

Brady was seven years old when he started visiting a best friend’s house where he was repeatedly assaulted by his ‘friend’ and his father. “At the time I was too young to understand how wrong that was, so he stayed my best friend for about three years,” said Brady. “I knew something didn’t feel right about the situation, but it wasn’t until I got older that I really understood the severity and how damaging it’s been.”

Creep Hunters place decoy profiles on social media to attract sexual predators. After demonstrating predatory behaviour, the correspondence is then turned over to the police. Brady said his activities have led to over 38 arrests over the last year and a half, and he distinguished Creep Hunters from Creep Catchers, an organisation that videotapes confrontations to share online. Brady is against public shaming.

“A lot of these guys know that they have this problem, and we don’t want anybody to hurt themselves because of our work,” said Brady. “That’s why due process and proper law enforcement and complying with investigation is so important.”

Brady, Schweighofer, Edwards, and Cantor all agreed that more should be done to prevent pedophiles from acting out in the first place. Currently treatment services are reserved for those who have already offended, leaving those who haven’t offended at risk.

Edwards wrote that the preventative Don’t Offend project in Germany is the standard he’d like to see everywhere. The national outreach project gives pedophiles are given a safe space to manage their disposition and includes treatment in areas such as empathy training and recognising and avoiding dangerous situations. 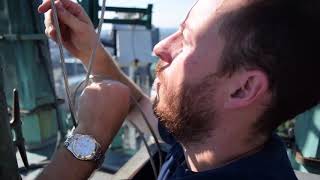 Scarred: the crisis in Colombian plastic surgery and the battered patients left behind 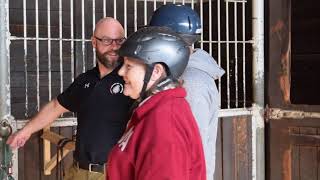 A final plea against Kinder Morgan